Saving for retirement is a key focus for baby boomers who are leaving the workplace in large numbers. Investopedia reports that the average boomer retirement savings account totals a meager $152,000. Six common retirement mistakes are to blame for this lack of preparedness.

Considering that the Bureau of Labor Statistics found that the average amount spent annually by adults in the 65 to 74 age group is $48,885, a modest savings of $152,000 is not enough for most retirees. The secret to preparing for a stress-free and healthy retirement is as much about knowing what not to do as what to do. Navigating around common boomer retirement mistakes is crucial for peace of mind.

The list below examines the most common errors in judgment seniors make.

Retiring in deep debt stacks the odds against retirees. One strategy used to prevent the accumulation of debt is to set aside an emergency fund that is not touched for any other purpose other than an actual emergency.

Experts caution against using retirement funds to pay off debt. With this advice in mind, financial planners recommend that boomers prioritize paying off as much debt as possible out of income designated for this purpose prior to leaving the workplace. Forbes quotes CPA Howard Dvorkin who advises clients to focus on paying off high-interest credit cards first.

Another goal worthy of embracing is to pay off car loans before retirement. One possible solution for eliminating a car loan for a couple getting ready to retire is to evaluate the necessity of having two cars. Many retirees don’t drive as much after retirement, finding it easier to get by with one car. Selling one car to pay off a remaining car loan provides an excellent solution for eliminating car debt.

While many retirees want to retire mortgage-free, others favor keeping extra cash on hand instead of spending it to pay off a low-interest mortgage. Prioritize paying off high-interest debt first, then make your decision about whether to pay off the mortgage.

Waiting longer to file for your Social Security benefits makes good sense for most people. If you wait until age 70, then you will maximize your benefits. U.S. News & World Report points out that starting your benefits when you are first eligible at 62 means reducing your monthly payment by as much as 30%.

Granted, if you are ill or find yourself unemployed without any job prospects before you reach the age of 70, then your circumstances might justify taking your benefits early.

3. Not establishing a plan for retirement

Absolutely the most common retirement mistake seniors make is not having a smart and carefully considered plan for retirement in place. It is important to estimate how much savings you’ll need based on concrete data at your disposal. Consider the age you want to retire, your lifestyle, retirement locale, overall health, and how long you are likely to live based on current actuarial calculations and averages.

It also makes sense to update your plan for retirement regularly. Economic conditions and your health can change. What makes sense one year might not continue to be realistic later on.

4. Cashing out your retirement fund early

If you withdraw money from your retirement nest egg early, then you will pay dearly for it. Should you cash out part or all of your funds before the age of 59 1/2, your sponsor will charge you a 20% penalty. Investopedia reports that most people never replace that money, essentially handicapping savings goals.

It is far too easy to justify using your retirement fund to cover college or a new home. Set up dedicated accounts for these types of expenses to avoid tapping into your retirement early.

5. Lack of planning for medical expenses

6. Going on a spending spree in early retirement

While it is naive to believe that your expenses will remain steady from one year to the next, it is important to calculate a retirement budget that accounts for predictable highs and lows based on what financial advisers have witnessed as trends and patterns.

Typically, retirees spend the most money during their early retirement years while they remain the most active, traveling more and sometimes helping their children get started in life as young adults. The New York Times interviewed certified financial planner Michael K. Stein who breaks down common spending trends during retirement. He described the three stages of retirement spending with the first as the highest spending years or Go-Go years. Stein described the second stage of retirement as Slow-Go years as spending typically slows down. Finally, the third stage of retirement was described as the No-Go years with fewer expenses.

The challenge for retirees is to plan for early high-spending years and to not overspend, depleting their nest egg. While spending money on luxuries like travel during your 60s, it is crucial that boomers remember that end-of-life expenses during the third stage of retirement often relate to healthcare or long-term care expenses that are often very expensive and unpredictable.

By avoiding common boomer retirement mistakes, seniors can count on living life to the fullest with peace of mind.

Social Security Penalties: What They Are, and How to Avoid Them

Retiring Soon? Four Things You Need to Do to Get Ready

Forced to Retire? Ask These Questions Before You Leave 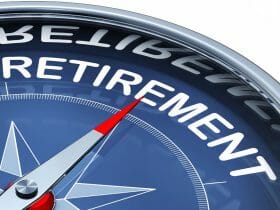 Planning for Inflation During Retirement