Anxiety is a growing issue in today’s society, and senior citizens are by no means immune to this trend.

In this article, we are going to discuss anxiety and how it affects seniors today. We will also look at what until recently has been a taboo topic – the use of cannabis as a treatment to reduce anxiety.

⚠️ Even if the idea of using a cannabis product seems distasteful to you, please continue to read this article as it may help you understand why there is so much discussion around the topic today.

Generalized anxiety disorder (also called GAD) is one of the most prevalent mental health illnesses in seniors aged 60 and above, according to a report published in 2009 by the Harvard Medical School.

More recently, health experts have continued to issue warnings about anxiety disorders in seniors, in addition to other mental illnesses, which are often exacerbated by the fact that many older adults have limited interaction with others and can, therefore, often feel very isolated.

Cannabinoids have been researched for their health benefits and as forms of treating various conditions, including mental illnesses such as anxiety.

CBD Treatment For Anxiety in Seniors

Cannabidiol (CBD) is a type of cannabinoid that is derived from hemp marijuana plants. It doesn’t lead to a high and is legal in many countries, including the US and Israel, with CBD oils and other products available to purchase online and in-store.

Studies in animals and humans have found CBD oil to be effective in managing and treating anxiety. Scientists believe it works its magic by affecting the manner your brain releases serotonin (a chemical produced by the body which serves as a neurotransmitter and plays a role in one’s mental health.)

For example, a study published in September 2015 “strongly supports” the belief that CBD can be used to treat anxiety, in addition to social anxiety disorder, obsessive-compulsive disorder, and post-traumatic stress disorder (PTSD), across all age groups.

Other studies have reported similar findings, and scientists have praised CBD’s potential for treating stress in seniors in particular, as it has fewer side effects than more traditional anti-anxiety prescription drugs and can be administered to seniors with ease.

Additionally, scientists and seniors have reported that taking CBD oil to treat alongside medication for other ailments is usually not an issue and won’t lead to any additional side effects. However, it is always advisable to consult with a doctor beforehand.

This is especially important as many seniors tend to be on medicine regimens for other conditions which they are managing.

CBN Treatment For Anxiety in Seniors

Cannabinol (CBN) is another cannabinoid that is found in trace amounts in certain cannabis plants. It is a by-product of Tetrahydrocannabinol (THC), which itself is a cannabinoid and is responsible for the high people experience when they consume marijuana.

CBN has also been researched by scientists to look into and gain a better understanding of the cannabinoid as a potential form of medication for various conditions, including anxiety disorders. However, it should be noted from the offset that CBN is not as well researched nor as widely used as CBD, both for treating these disorders as well as other conditions.

Another key distinction between the two is that while scientists have definitively said CBD is NOT psychoactive, they are still unsure about whether or not CBN is psychoactive, which may mean that CBD is therefore preferable for treating anxiety for many seniors.

CBN works to tackle anxiety via its interaction with the body’s endocannabinoid system when it enters the body, influencing the activity of neurotransmitters and the production of some important hormones.

Some scientific studies support the claims that CBN can be used to treat anxiety, though there is more evidence and support for CBD in this regard.

Most patients don’t experience adverse side effects when taking CBN, and it is also considered safer than many prescription anti-anxiety drugs, as is the case with CBD.

Are These Alternative Forms of Treatment Becoming Mainstream?

Tens of thousands of Americans, including some seniors, are already using cannabidiol and cannabinol to treat anxiety and a slew of other conditions. However, most patients suffering from anxiety and other mental illnesses are still relying on prescription drugs.

As education on the topic improves, and more and more Americans become aware of the health benefits these alternatives offer, we can only expect these cannabinoids to become increasingly popular and more widely used.

Further scientific research and support for these alternative treatments will also help, but, despite them being legal in the United States, they are still far from mainstream. This is particularly the case among seniors, as many older adults prefer to stick to conventional drugs and may be put off cannabinoid alternatives as they may mistakenly think they will get high if they consume them. However, some seniors have already made the switch, and others are becoming more open to it. 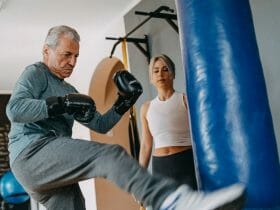 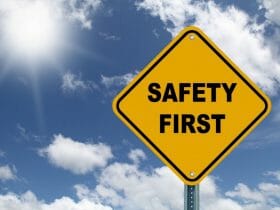 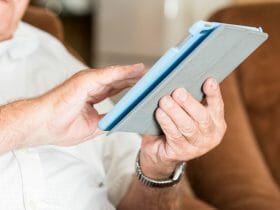