Finding an internet service provider (ISP) for a business, especially a home business, can be considerably more complicated than selecting one for your personal, home use. This type of service represents a significant monthly expense and since there’s a great deal of variation from ISP to ISP, it is well worth doing your research to find the best provider and value for your business.

COX and CenturyLink are two of the most popular internet service providers in the United States, so if you’re a business owner looking to find the best ISP for your company, it’s likely that you’re considering at least one of them.

In this article, we’ll walk you through the process of determining which provider is best for you by giving you a side by side comparison of the two when it comes to various aspects that are very important when it comes to ISPs, such as reliability, cost, speed and customer service.

This review is based on reviews posted online by active customers of COX and CenturyLink in addition to research carried out by us.

Note: We’ve written an article that offers options to save even more money on Home Internet and Streaming TV services. I am personally saving over $200 per month using these methods. Read about it here.

Which is Best For Me?

As mentioned, to help you determine which ISP is best for your business, we’ll show you how COX vs CenturyLink compare when it comes to things like speed, availability and pricing.

So, without further ado, let’s get started.

Pricing is always a key consideration, especially when it comes to an ongoing expensive like your internet connection. People often use price to gauge the quality of a product or service, but when it comes to business internet service providers, the most expensive option isn’t necessarily the best.

Both CenturyLink and COX have various tiered pricing plans, but, generally speaking, CenturyLink is more affordable and usually represents better value for money.

CenturyLink has three business plans which cost between $65 and $90 per month. Its cheapest plan is its CenturyLink Simple Internet deal, which costs $65 per month and gives your business internet access without the need for a landline.

This offer doesn’t have a minimum contract length, so you can purchase it on a rolling monthly basis and cancel whenever you need to.

CenturyLink’s next plan costs $84.99 and comes with the simple addition of a landline, with unlimited nationwide calling. This particular plan must be purchased on a minimum two year contract and it has no cancellation fees.

Lastly, their final and most expensive plan costs $90 per month and consists of an internet connection plus a digital phone service. This plan also has no minimum contract, so you can cancel anytime without any hassle.

COX’s internet plans are considerably more expensive than CenturyLink’s, and they also have three separate plans to choose from, each with a discounted rate for the first six months. Furthermore, you should keep in mind that all of their plans must be purchased on a minimum three-year contract, which will be a major drawback for some businesses.

Their cheapest offering is their “COX Business Internet – 50” plan, which costs $74 per month for the first 6 months and $190 per month thereafter. This plan offers speeds up to 50 megabits per second (Mbps).

COX’s next two plans cost $104 and $340 per month for the first six months, respectively, before rising to $260 and $340 per month. We’ll compare the different internet speeds of COX and CenturyLink later in this guide, but for now it should be mentioned that the only difference between COX’s three plans is faster internet speeds (none of them come with a landline service.)

CenturyLink also comes out on top when it comes to features, as most of their plans come with useful additional features, such as a free Microsoft Office 365 Business Essentials subscription and instant messaging.

Furthermore, CenturyLink has a few plans which come with a landline or a digital phone, while COX doesn’t offer this at all.

If you’re looking for the fastest internet connection possible and aren’t too concerned about the cost, COX is your best bet. Specifically, some of CenturyLink’s plans offer speeds up to 140Mbps, while COX’s most expensive plan delivers speeds up to 200Mbps.

However, you should keep in mind that these maximum speeds aren’t available in all areas of the two ISP’s respective networks, and actual speeds are often considerably lower than the advertised speeds.

When it comes to value for money, CenturyLink is better in most areas as they are far more affordable than COX and their speeds are only a bit slower.

Both CenturyLink and COX promise at least 99 percent uptime, as do most other ISPs (both business and residential providers.) Furthermore, customer reviews posted online don’t indicate a discernible difference in reliability between COX and CenturyLink.

Note: The uptime figure provided by ISPs usually doesn’t include planned maintenance, so keep that in mind when comparing claims made by rival providers.

Is CenturyLink Available in Your Location

Century Link is available in over twice as many States as COX, with the former serving 37 States and the latter only serving 15.

Century Link Business is available in these States:

Is Cox Cable Available in Your Location

As for COX Cable, their business internet service is available in the following States:

As you can see from the above lists, in some States both CenturyLink and COX are available, while in others only one or the other is available, so in many cases there’s no point comparing these two ISPs (as they aren’t direct rivals in many parts of the United States.)

CenturyLink and COX both have customer satisfaction scores below the ISP industry average of 64 percent, but there are many positive customer reviews online for both companies, so, on the whole, it’s a mixed bag for both ISPs.

Specifically, CenturyLink Business has an ACSI customer satisfaction score of 60, which compares to COX’s incrementally worse score of 59.

COX and CenturyLink both offer customer support through the same mix of channels, including telephone support, live chat and email. They also have various guides and FAQs sections on their websites to help you quickly solve some of the issues you may encounter.

Both ISPs charge an installation fee on all of their plans, with COX Business charging $25 while CenturyLink’s fee is over twice this, at $60. However, CenturyLink allows new customers to perform a self-installation to avoid having to pay this fee.

On the other hand, COX doesn’t allow self-installation, so their $25 installation fee is unavoidable.

When comparing Cox vs CenturyLink, CenturyLink comes out on top in most cases, and they undoubtedly offer better value for money. So, unless CenturyLink isn’t available in your area, or if you’re only concerned with getting the absolute best speeds possible, you should choose CenturyLink Business over COX.

When it comes to choosing which plan is best for you, consider what internet speed your business needs and if you can actually benefit from the additional features. Remember, even just $20 or so extra per month will add up to a significant amount of money over the course of a contract term. 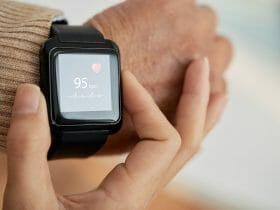 Best Smartwatches For Seniors – Our Top Picks For 2021 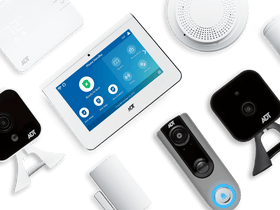 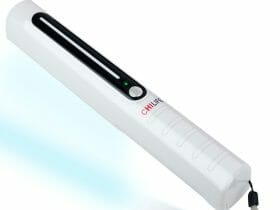